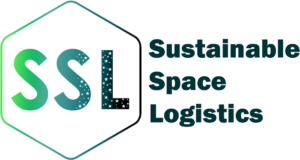 In recent years, the space industry has undergone profound changes. The drop in launch costs has been driven by numerous start-ups following the path of SpaceX in the launch industry. These new actors, in particular, SpaceX and Blue Origin, work tirelessly to effect a transformation in the space industry similar to that which occurred previously in the aviation industry. Moving from single-use to reusable rockets which only require inspection between launches was a risky decision, but it has been vindicated by the significant reduction in the cost of access to space. Many new launchers intend to, and will, make space more accessible than ever before.

"Logistics is the management of the flow of Things (resources, people, data…) from a point of origin to a point of consumption."

At the same time, small and nanosatellite formats and the standardization and industrialization of the production of satellites enable new innovative business models and missions. The space industry has evolved towards the predominantly commercial operation.

To stay on the path of innovation, the next logical step for eSpace is to re-shape itself and adapt to new trends.
In the current context of space developments being driven by low-cost launches, which as mentioned above are opening the doors for large space infrastructures and new services in and from space, it is natural to rethink and align eSpace’s strategy along with these new perspectives.
The thematic of space logistics is still largely untouched and a will be the backbone of multiple large-scale applications.
Space logistics as a topic is sufficiently inclusive to continue thinking “miniaturized”, “integrated”, “smarter” and “disruptive”.