Our Places in the Cosmos: from the Big Bang to Life on Other Earths – Conference of Michel Mayor and James Peebles 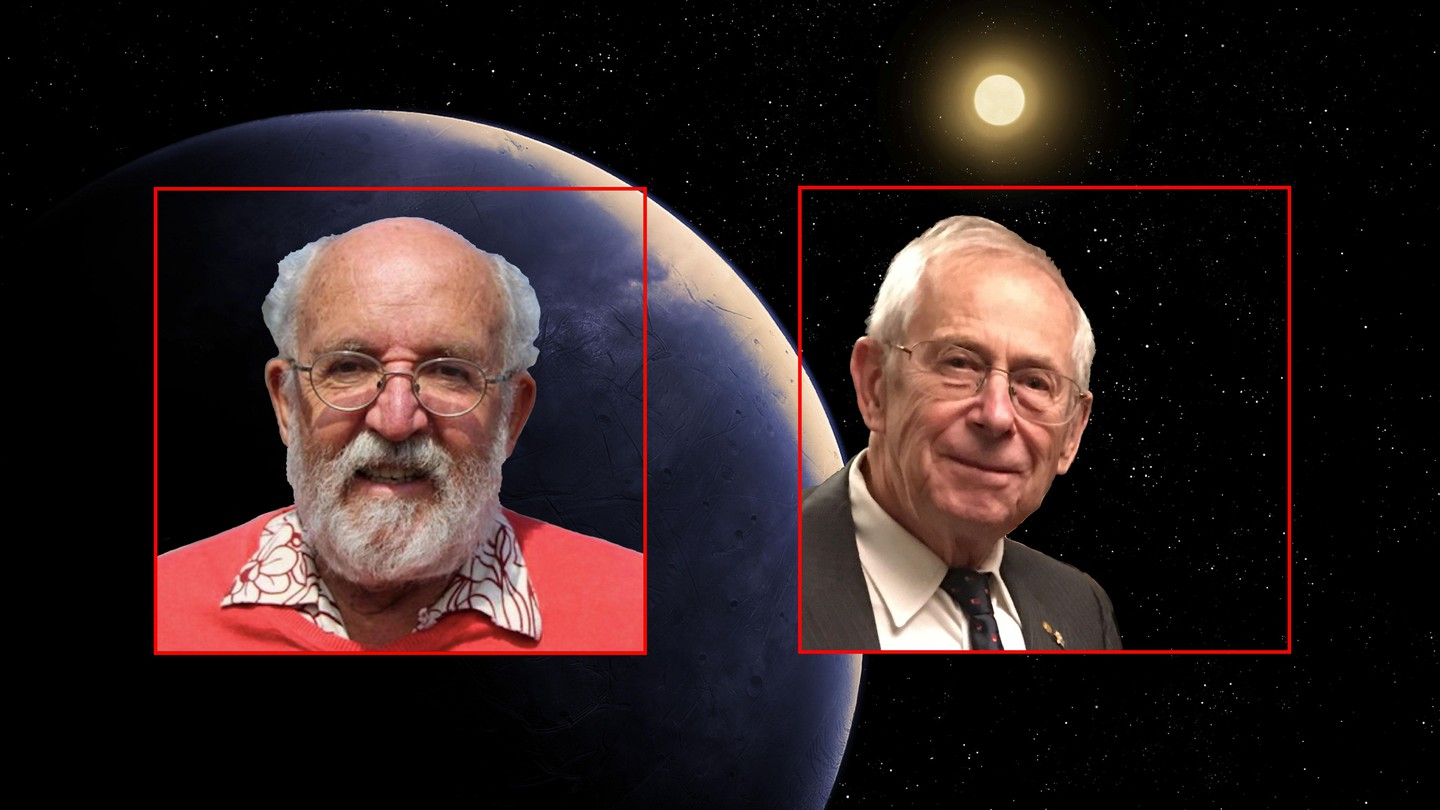 Free admission. Registration will be required for attendance in person.

What are our cosmic origins, and how special is planet Earth? And what is the importance of cosmology and astrophysics from a human perspective and for society?

Join us on 18 May 2022 at the SwissTech Convention Center for a one-of-a-kind symposium to ponder these and other fundamental questions of humanity with two world-leading scientists who have made groundbreaking contributions to cosmology and astrophysics.

Prof. James Peebles from Princeton University will present the cosmological context, from the beginnings of the Universe, to the hierarchy of structures, and how this relates to an expanding Universe. Prof. Michel Mayor from the University of Geneva will describe what we have learned about the existence of planets orbiting stars other than the Sun and the context this provides for understanding our home planet, Earth.

Following their presentations, we look forward to a round-table discussion and Q&A featuring both speakers, as well as ESA astronaut and EPFL Prof. Claude Nicollier, and EPFL astrophysicists Prof. Michaela Hirschmann and Dr. Richard Anderson. Electronic submission of questions will be available before and during the meeting.

Michel Mayor was born in Lausanne. After completing his studies in Physics at the University of Lausanne, he obtained his doctorate at the University of Geneva in 1971. Professor of astrophysics at the University of Geneva since 1984, he served as director of the Department of Astronomy from 1998 to 2004. Since 2007, he has been an honorary professor. While his thesis focused on the dynamics of spiral galaxies, he developed with some colleagues from the observatories of Geneva and Marseille a new type of spectrograph, an instrument able to measure the speed of stars, in order to verify their predictions. It is the beginning of his interest for the study of the movement of stars, the stellar kinematics, it is also the beginning of his passion for the development of more and more sensitive stellar spectrographs.
In 1995, he and his doctoral student at the time, Didier Quéloz, announced to the international scientific community the detection of the first planet outside the solar system, exoplanet 51 Pegasi b. An exoplanet orbiting around a star comparable to our Sun, about fifty light-years from Earth. This incredible announcement paves the way for thousands of researchers and thus launches the "century of exoplanets", more than 5000 to date.

James Peebles was born in St. Boniface, near Winnipeg, Canada. After attending the University of Manitoba, he continued his studies at Princeton University in the United States, receiving his doctorate there in 1962. He remained at Princeton for the remainder of his career, becoming an assistant professor in 1965 and a full professor in 1972. He became the Albert Einstein Professor of Science in 1984 and a professor emeritus in 2000. He is widely regarded as one of the world's leading theoretical cosmologists since 1970, with major theoretical contributions to primordial nucleosynthesis, dark matter, the cosmic microwave background, and structure formation.
James Peebles’ theoretical framework, developed since the mid-1960s in in the field of physical cosmology is the basis of our contemporary ideas about the origins of the universe. The cosmic background radiation is a remaining trace of the formation of the universe. Using his theoretical tools and calculations, James Peebles was able to interpret these traces from the infancy of the universe and discover new physical processes. The results showed us a universe in which just five per cent of its content is known matter. The rest, 95 per cent, is unknown dark matter and dark energy.

James Peebles was awarded half the Nobel Prize in Physics in 2019 “for theoretical discoveries in physical cosmology”, the other half was awarded jointly to Michel Mayor and Didier Quéloz “for the discovery of an exoplanet orbiting a solar-type star”.